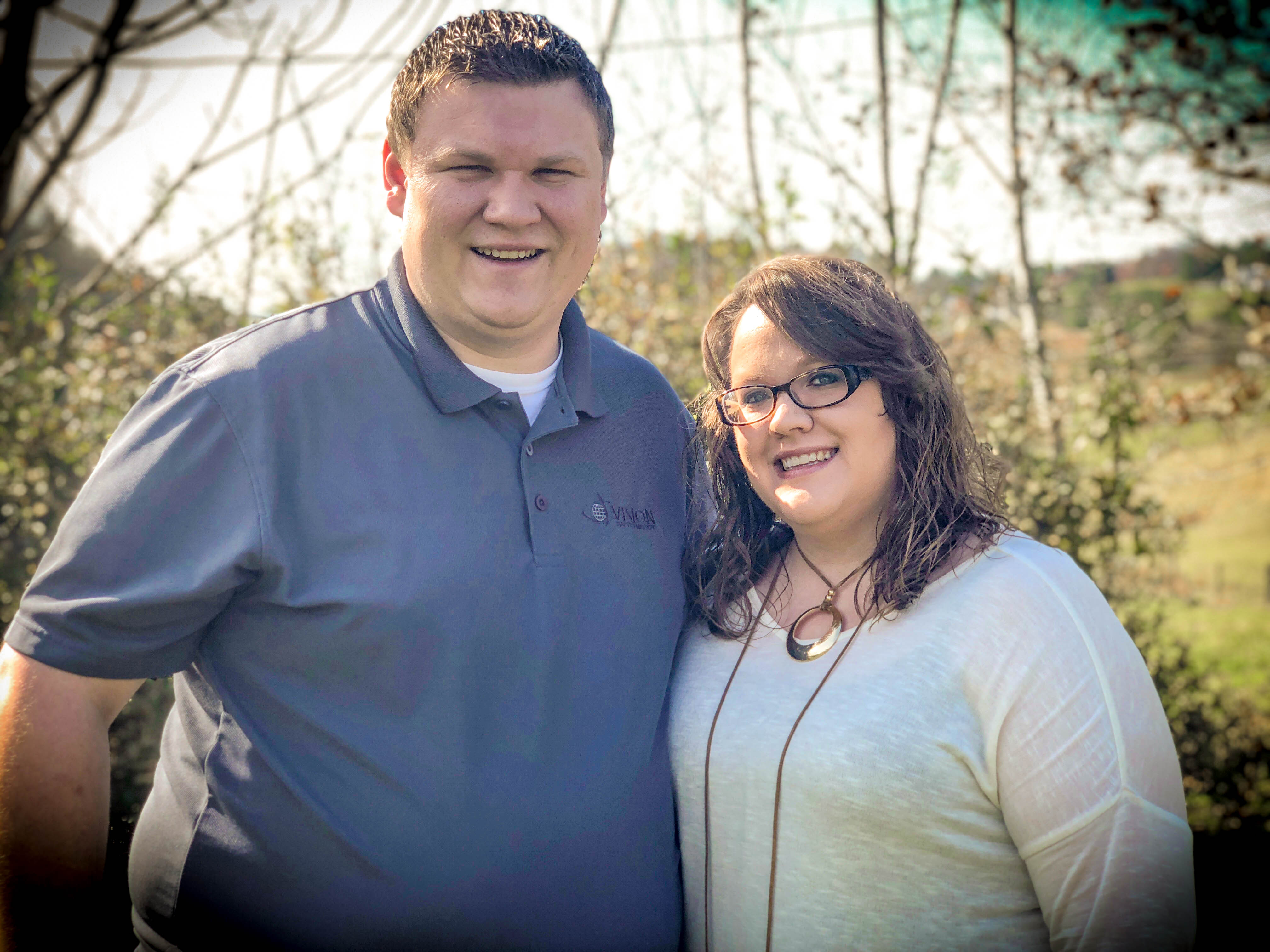 I had the privilege of growing up in a Christian home in Morgantown, Indiana. When I was eight years old, I realized I was not saved and needed Christ. After church on Sunday, I went and talked with my dad. He showed me how Christ died for my sins and rose again the third day and  if I would trust in Him, I would be saved. I put my faith and trust in Christ that same day. I was actively involved in my church as a teenager. When I was thirteen, I went to camp and God spoke to my heart about surrendering to missions. I surrendered to missions that week. I graduated from a Christian school in 2006 and sat out a year, saving money for college. During that year, I helped out as much as I could in my local church with the children and teen ministries. In 2007, I began to attend Crown College of the Bible in Powell, TN. The spring semester of my sophomore year, I had the privilege of spending the semester at Crown College’s British Division. God greatly used that time to teach me and grow me in my Christian life and to show me a direct path. I realized I still wanted to do missions but knew I was going to need some hands-on experience after college. I graduated from Crown College in 2011. In July of 2011, I moved to Liberty Baptist Church in Pine Bluff, AR to be their youth pastor. I was at the church for a little over two years. While there, I started the youth group and saw God grow the youth group and the young people. I was able to disciple many of the young people in the youth group and saw several of them trust Christ as their Savior. In November of 2013, I felt God leading me to move to Wytheville, VA to be closer to my then, girlfriend who is now my wife, and help out in the church. We were married in February of 2014. Shortly after this, God began to stir my heart that it was nearing time to begin missions work. I was ready to jump on the mission field, but after getting advice from my pastor, I began seeking wisdom from other missionaries. I was invited down to Vision Baptist Missions Impact Weekend. While there, God worked in my heart that I needed more training before I started deputation. In June of 2015, my wife and I moved down to Alpharetta, GA to be a part of Vision Baptist Church and the Our Generation Training Center. While at Vision Baptist Church, we have been teaching the children’s Sunday school class. We also had the privilege of starting ESL (English) classes at the church. God used this in our lives to direct us to the country of Turkey. While teaching the classes, we had a Turkish family attend the class. As I began to teach and share the gospel with the husband, he began to tell me more and more about Turkey. My heart began to break for the need of the country and the need of my friend to be saved. I continue to pray that God will save him and his family. My heart and desire is to take the truth of the gospel to this very needy country. The goal will be to first learn the language. Once we have the language mastered, we will begin evangelizing and planting a church. As we see people saved we will begin discipling them and then training the men to become pastors and train men themselves.

By the grace of God, I was born into a strong Christian home. My father is a preacher and my mother has a wonderful testimony as a godly wife and mother. At an early age, I was taught about how I needed a Savior. When I was six, I prayed a prayer because I thought that was what I was expected to do, not realizing that a prayer itself is not what forgives one of their sins. I struggled under conviction for several years before, at twelve years old, I asked the Lord to forgive me for my sins and I accepted His finished work on the cross. I had the amazing priviledge to attend the Christian academy, which is a ministry of my home church, Fellowship Baptist Church in Wytheville, Virginia. After I graduated high school in 2007, the Lord lead me to attend Crown College in Powell, Tennessee to gain a Bachelor’s Degree in Elementary Education. It was while there, that I first met my husband. I graduated in 2011 and was given the opportunity to teach in the Christian academy that I graduated from. While there, I taught a combined classroom of K4-2nd grades, as well as, teaching both elementary and high school music. In May of 2013, a guy I knew of in college (aka Brady) contacted me to catch up and reminisce. We began a long distance relationship the next month. Six months later we were engaged, and a few short months later, we were married. God’s hand can clearly be seen in every aspect of our lives and it is amazing to know that He wants to use us to take the Gospel to the country of Turkey. 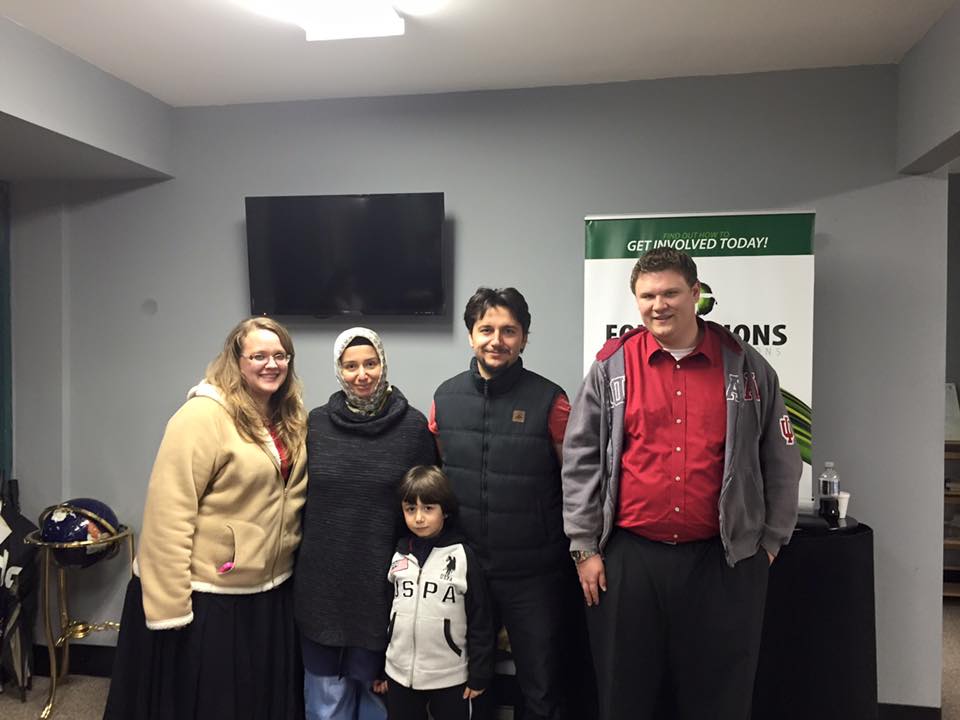 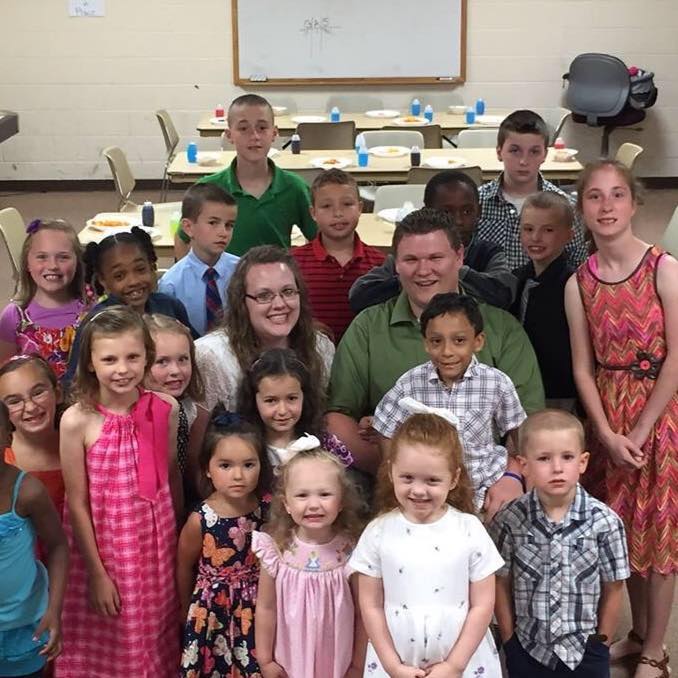 We are thankful to be sent out of Vision Baptist Church in Alpharetta, GA! Our Pastor is Austin Gardner 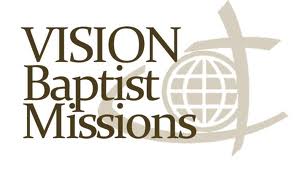